Hall of Fame Nomination Packet
Pueblo, CO –  Steelworks Center of the West’s annual FACES of Colorado Fuel & Iron Company (CF&I) dinner and fundraising event is Saturday, February 8, 2020 at Pueblo Community College’s Fortino Ballroom. Steelworks and EVRAZ have partnered again this year to make the dinner and fundraiser more about the people CF& Iron. We will honor former employees of CF&I prior to 1993, when the company ceased. Community members, families and friends, colleagues and former workers are asked to nominate those they would like to see honored. A selection committee will choose four to five former CF&I employees to be inducted into the CF&I Hall of Fame from the submitted applications. Nomination forms will be accepted until December 31, 2019.
Those selected to be honored at the event will receive a plaque and dinner will be provided to them plus one guest. Nomination forms can be found at the museum, 215 Canal St., as well as online at www.steelworks.us.
Questions about the event can be directed to Christina Trujillo, Executive Director at 719-252-0223 or by email christina.trujillo@steelworks.us. 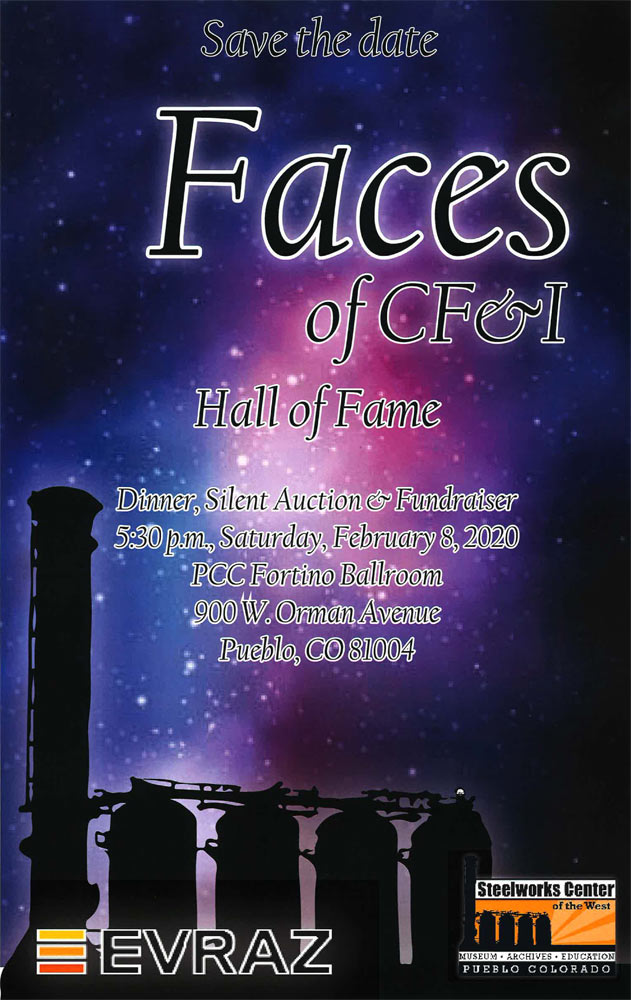