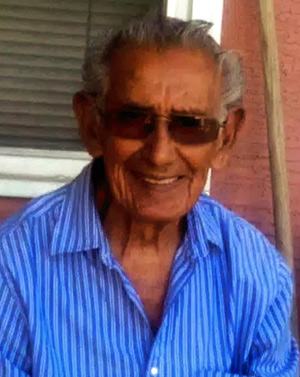 A valued employee at the Colorado Fuel and Iron Company, having been given his brass check identification number 7438, Hermilo Roman began his thirty-eight year career in 1945 working as a laborer. After some time, an opening for the position of Head-Patcher of the brick ovens, which were used to cook the coke to make the steel, became available. The job title of Head-Patcher was first given to another employee less qualified for the job. After a discussion between his co-worker Pat and the griever, due to his qualifications Hermilo was given the position of Head-Patcher, supervisor of all patchers in his coke plant department.

Throughout his time at the mill, Hermilo made contributions to the company with his ingenuity. He took great pride in his work ethic by often designing his own tools, which helped better his job performance. This helped the company by having an employee who worked with great efficiency.

As Head-Patcher, Hermilo often handled the asbestos with his bare hands. He used his tools to cut both the asbestos and bricks to fit the ovens. For many years, much of this work was done by Hermilo and his co-workers with no protective gear to protect themselves. These working conditions were somewhat improved when the Environmental Protection Agency told him that asbestos was hazardous material to work with. The EPA obligated the CF&I to provide him and his co-workers with the proper protective equipment, such as respirators and gloves to work with. Along with the responsibilities as Head-Patcher, he also took on the responsibility of reading and writing reports for his co-workers, due to them being illiterate. His supervisors and fellow employees for his pride of quality, capabilities, and productivity of his work while on the job often praised Hermilo.

Although the conditions of his working environment were extremely harsh, Hermilo never missed work nor complained about the difficult conditions. Hermilo commented that the conditions were very hot. He often recalled when his daughter took a class field trip to the mill, and he waived with excitement from his work area. Due to the extreme heat, and Hermilo being covered in coal dust, she didn’t recognize him.

Hermilo worked alongside many employees, including his brothers Frank and Henry Roman, who started work on the same day. Hermilo became a well-respected and liked employee, who often looked out for the well-being of his fellow employees. He often recounted with great sadness how he witnessed his friend Pat get smashed by a larry car and how he was helpless to stop the accident.