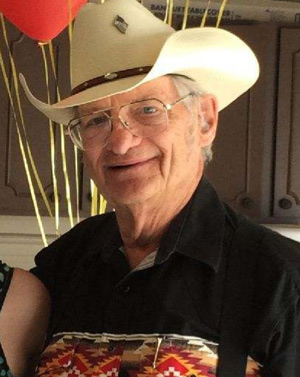 When returning to his home from the Korean War, Jack S. Chick began his career at the CF&I in 1954, initially as a general laborer in various areas of the plant. With the advancement of technology and an opportunity, he worked in the MIS Department as a programmer analyst. The CF&I was one of the first companies in Colorado with a new IBM 360 mainframe. He traveled to Denver and Chicago for programmer training from IBM. Jack was selected as the department’s representative to the first task force to computerize the mill based on his above experiences. His efforts made the steel mill a more productive and safer environment. A significant contribution of implementing these measures was a process that automated the steps of the “Black Book”, a manual that noted amounts of materials to add based on tests during steel production. His analysis and programming skills made this process more productive, with reducing waste costs for the company. Jack retired in 1985, but continued supporting on an as needed basis to the IS department.

A second contribution in 2017, Jack published a book, “Inside CF&I, A picture story of working at Colorado Fuel & Iron”. Bessemer Historical Society, Inc. shared photo archives inside the mill that were taken only by a company photographer. His knowledge and experience in each area, that most weren’t allowed, gave him this opportunity to share. The books offer a glimpse inside the fence of steel making at Pueblo, Colorado.             — submitted by Jani Shoemaker

A 1951 graduate of Pueblo Central High School, Jack S. Chick’s career at the CF&I spanned 35 years of service. Whether asking for extra duty in the Open Hearth Department, or laboring in the Morgan Rod Mill, Jack was always looking to learn more about the manufacturing process. His talents really blossomed in 1966 when Jack was one of six CF&I employees sent to school to learn about computer programming. He spent the next 20 years until his retirement in the Computer area, eventually becoming a Senior Program Analyst. His favorite projects included designing systems for: steel production, rail making soaking pits for ingots, and rail cooling boxes. His work resulted in eliminating waste and saving thousands of dollars.

Jack stands out as someone whose pride in the work and the company has never abated. In 2017, Jack saw the fruition of many years of effort when he published a book called “Inside CF&I, A picture story of working at Colorado Field and Iron”. With the help of a few other CF&I employees, Jack wrote about the work at the Mill, illustrated by some of the only photographs that exist – taken by staff CF&I photographers and provided by the CF&I Archives at Steelworks Center of the West. Jack’s concern for sharing and saving the daily production work that took place inside the CF&I fence resulted in this book that should be celebrated and recognized for its significance in the history of Pueblo, Southwestern Colorado, and the industrial history of the United States.                               –submitted by Cathy Velenzuela, Pueblo Charter Lions Club