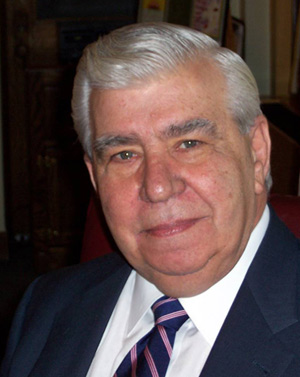 Matt Peulen was born in 1929 in Heerlen, Holland. He was the oldest son of six siblings. His story is truly an “American Dream” story. He and his parents assisted American soldiers during WWII by hiding them from Nazi soldiers. A family story shared that an American pilot was shot down over Holland and parachuted into a field on the Peulen’s property. Matt, then about 15 years of age, and his father took the soldier to the church down the road. They were hiding American soldiers in the eaves and rafters of the church. The soldiers were not found by Nazi soldiers in the area and were ultimately rescued. As a way of saying thank you, the soldier gave Matt’s aunts his parachute, which was made of silk, and the aunts made dresses out of it. Matt not only assisted his father, but helped with the burial of American soldiers by digging graves in the Margraten US Cemetery. As a reward for his service, Matt’s father was granted a green card and the opportunity to start a new life in the United States of America, but instead he gave the honor to his son, Matt.

In 1957, Matt Peulen traveled by boat to the United States. He landed on Ellis Island and took a train to a strange place called Pueblo, Colorado where a Steel Mill was looking for workers. Matt lived in the YMCA that was located across the street from the Mill. He spoke broken English, as did many of his roommates. To this day he is still friends with a German man he met at the Mill. Understanding English was a task, but to add other languages; German, Italian, Greek and Spanish were an even larger task.

Matt’s first job was as a laborer in several different areas of the Mill. After the strike of 1959 he was promoted to a Mechanic or Millwright as they were called. He worked in the Tube Mill, 25
Structural and in Electrical – aka “The Powerhouse”. He was named the Main Grievance Man for the Rail Mills (1200 people) due to his passion for fairness. This passion for fairness and equity continued and in 1976 he was named as a Community Liaison for the Mill and spoke to and at various community organizations and affairs. His mission was to build a positive relationship between the Mill and other local businesses. During this time, Matt was also named Union Chairperson on COPE (Community on Political Education) and held that position for 4 years. In 1986, when the Mill was going through hard times and filed bankruptcy, Matt was the Mill’s Retirement Representative and often found himself in Washington, D.C. and even met with President Clinton.