A very special thank you to Target Foundation and students from Pueblo South and East High Schools for supporting the digitization efforts of these and many other issues of the Blast publication.

Printed between 1924 and 1928 under the name The Steelworks Blast, this weekly publication came under the direction of the Steelworks YMCA and the majority of the content related to social and sports related activities. Around 1929, a shift occurred and the scope became much more general  focusing on CF&I specific and sometimes included local, state, regional and national news. Printed under the name The CF&I Blast until 1974, this journal became much more like a traditional newspaper with photographs, advertisements, comic strips, sports and classified advertisements.

For a more thorough listing and downloadable links, contact the Steelworks Archives (719) 564-9086 ext. 108 or victoria.miller@steelworks.us 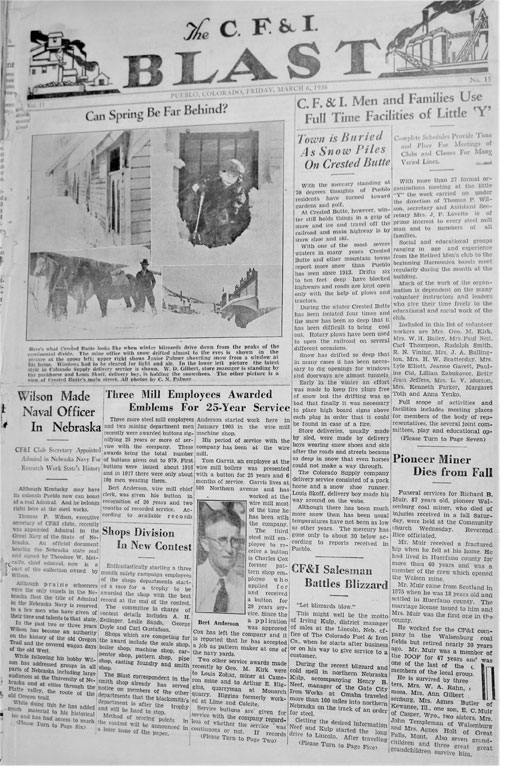 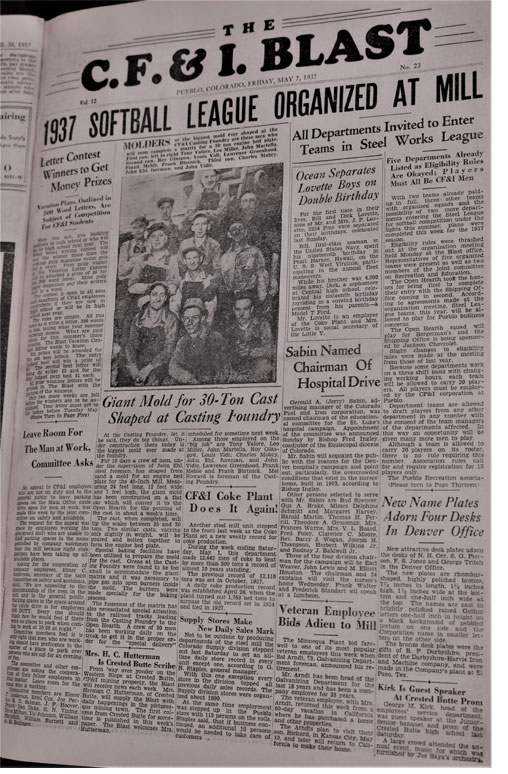 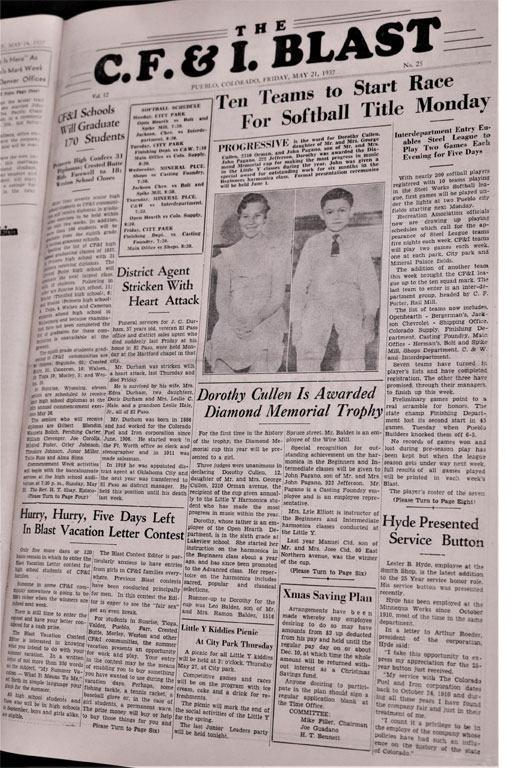