The Steelworks Center of the West is collecting electronic signatures from Colorado residents authorizing the production of a CF&I themed license plate beginning in 2022. 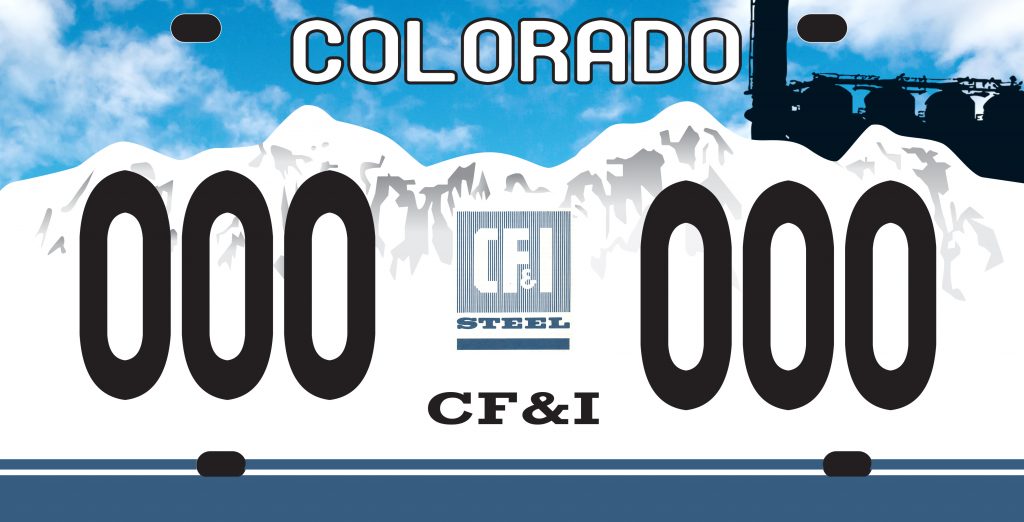 With roots dating to 1872, the Colorado Fuel and Iron (CF&I) Company at Pueblo served as the principal heavy industry company in the Rocky Mountain region, producing steel rails, spikes, and track accessories for the burgeoning railroad industry. Over the next 121 years, the company grew to manufacture dozens of other products used in the agriculture, mining, commercial, and residential industries, driving Pueblo to become the “Pittsburgh of the West.”

As the region’s largest private employer, employing more than 22,000 workers at its peak, CF&I also played a significant role in the history of American labor relations, ushering in many labor benefits from which workers still benefit. A vertically integrated company maintaining its own mining, transportation, land and water resources, and medical, recreational, and steelmaking facilities, CF&I played a critical role in the history and development of the products that connected the Centennial State and, ultimately, the West.
To celebrate the 150th anniversary of the company, the Steelworks Center of the West, which is charged with preserving and educating the public about the company and its many functions, is seeking signatures to show the State of Colorado citizen support in producing a license plate.